I wish…if I could, I would, if it were possible – that all rings could sit on the hand, flow with the curvature of the finger, and have this handsome, beautiful, natural nesting that allows a hand to slip easily into a glove and back out again without catching or snagging. The opal – little ghosty colors peek from within, drift through. Reds and oranges, occasionally blue, green and violet. Colors in just the lightest touch. Colors to dream on. I really do wish all rings could nest next to the hand as beautifully as this one.

Koala bears, kangaroos, wombats, wallabies, platypus, dingoes, emus, and Tasmanian devils. A land of exotic shapes and forms so far out it stretches the imagination. And then there are the gems. Opal for instance, colors created by the same mind that was making fresh new animal species. Colors that look like they were gathered in a child’s nursery and mixed with a big spoon in the sky. Australia loves opals. We love them. 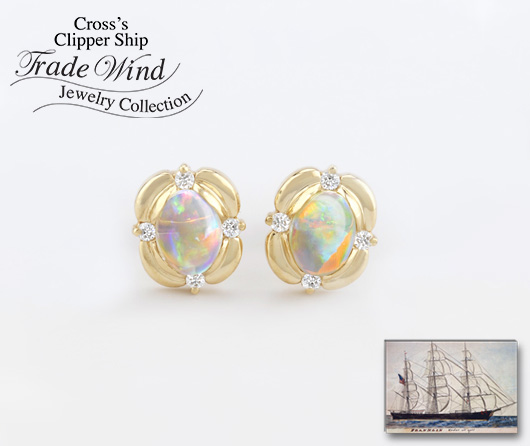