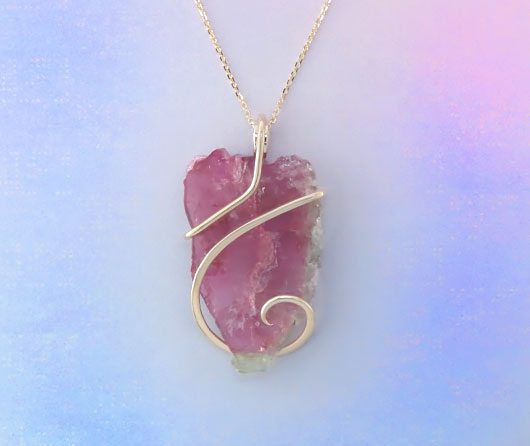 Watermelon Patch Maine Tourmaline
A heart of pink, a rind of green,
Held secure by curling tendrils of precious gold.