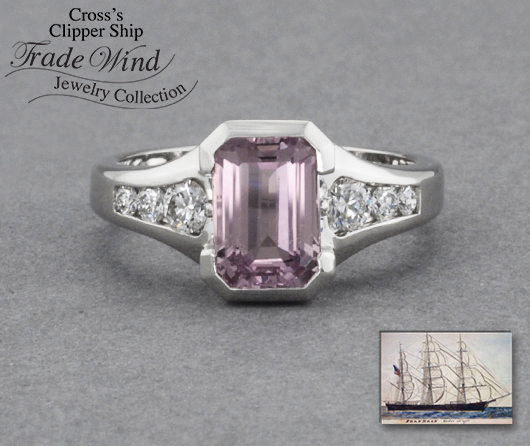 Gull’s nest on the sheer cliffs of Whitehead on Monhegan Island. Standing at the top with an expanse of endless blue ocean beyond, where gulls glide on updrafts, it’s a rare view on the coast of Maine…to be standing above flying gulls. This Gull ring has a whisper pink sapphire center and 6 brilliant white diamonds on the outstretched wings. The ring feels as free as the gulls soaring above the cliffs.