There are times when the wind is strong and the seas are high. The days when you stand in awe before the power and majesty of the sea, to hear the thunder of the waves, to smell the salt of the sea’s wind and watch gulls wing against leaden gray skies. These are the days of Maine’s great waves. I’m a lifelong wave watcher. Mornings in the summer I go down on the cliffs to sit and watch the wind, waves, and the coming and going of the tides. Did you know that no two waves as they come ashore ever make exactly the same sound? Each wave has a personality. Each wave speaks as it makes landfall. Every wave has something different to say.

7:13AM Out the window the coast is getting a thrashing. Rain on the windows. A white SUV comes down the road. Can see the big waves on the shore.

7:38AM I’m dressed. Yellow raincoat, green Adirondack chairs at the shore. Waves pounding. 20 footers coming in over the space between the rocks filling the canyon. Gulls flying.

7:49AM On the height of land, beside Crystal Cove, Cranberry colored leaves. Waves, salt, spray. Sun burning through.

I feel sorry for the out-of-staters because they are so seldom here late fall, winter, and early spring when the best sea storms arrive. The key is to wake up early, dress appropriately, and be ready to take it all in. Summer storms can be good. What is considered “off season” (which to me seems like “high season”) is among the best times of year to live on the coast of Maine. 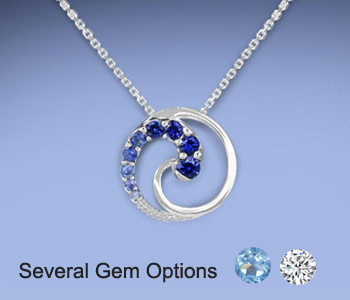